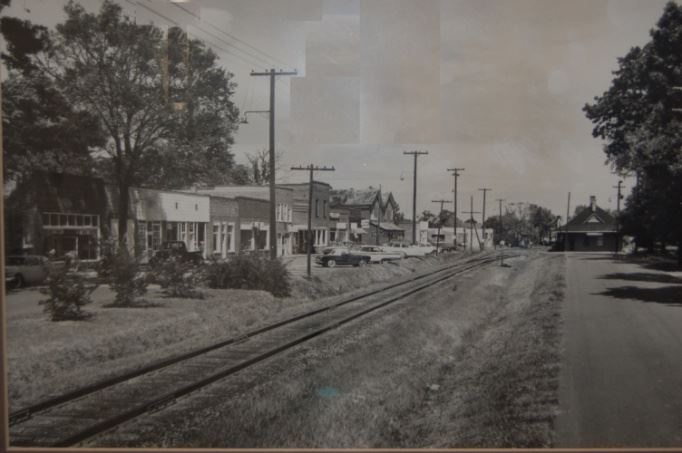 Up until the completion of I-77 through Huntersville in the late 1960s, Downtown Huntersville had been the residential, civic, and commercial center of the community. This status was appropriate for a town that had reached a population of only 1,538 residents by 1970 (see Table DT-1). Some of Huntersville’s oldest and most historic commercial buildings and residential structures are located in the Downtown, including those which served the community as it evolved from its early history as an agricultural farming community to a mill village in the late 19th and early 20th centuries. During this time, the land use pattern established in the Downtown remained largely unchanged.

However, beginning in the early 1970’s the prominence of the Downtown began to wane with the introduction of commercial development at the new Gilead Road/ I-77 interchange. That shift was greatly accelerated with the completion of the Sam Furr/I-77 interchange and subsequent adjacent commercial and residential development in the mid 1990’s, along with the population explosion that same decade.

The boundaries of Downtown Huntersville are generally framed by Gilead Road and Commerce Drive to the west, Huntersville-Concord Road at Vermillion subdivision to the east, NC 115 and Main Street to the north, and NC 115 and Mount Holly-Huntersville Road to the south. This area comprises approximately 710 acres (see Figure DT-2). 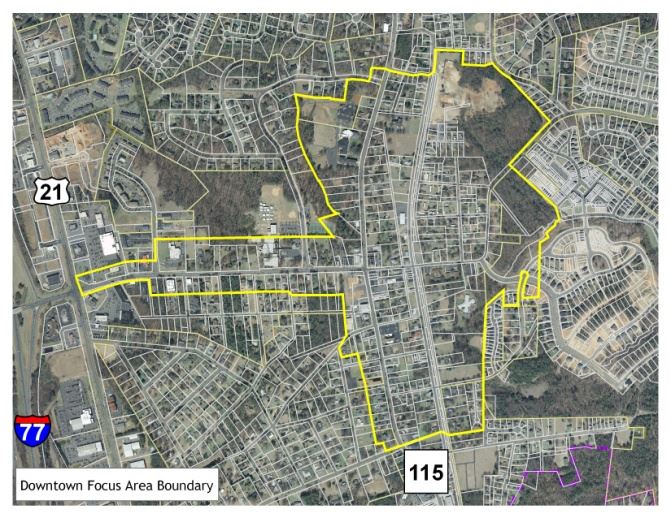 In addition to its location at the geographic center of Huntersville, Downtown is also located at the crossroads of several important thoroughfares, including Gilead Road and NC 115, as well as the Norfolk Southern rail line, which is the planned location of the Charlotte Area Transit System’s (CATS) North Corridor commuter rail line. Additionally, given the renewed market interest in mixed-use walkable centers, Downtown Huntersville is well-positioned for redevelopment and restoration to a more central role in the community.

In 1996, Downtown saw its first significant new construction since the beginning of decline in the 1970’s. A new Town Hall and Police Station were constructed in the center of Downtown. Both structures were of neo-classical colonial design and represented the beginning of the Downtown’s renaissance as the civic hub for Huntersville. 2010 marked the next important milestone in the redevelopment of the Downtown, with completion of the “Huntersville Town Center” project.

Built by the Town of Huntersville, Town Center (see Figure DT-3), located at the intersection of NC 115 and Gilead Road, consists of a 48,000 square foot three-story structure, along with an adjoining 297 space parking deck. The first two floors of this building will serve as the first satellite location for Discovery Place – Discovery Place Kids, a children’s museum intended to serve ages seven and under. The third floor of this building will provide office space for the Town of Huntersville. Related infrastructure improvements included reconstruction and the addition of lanes to the NC 115, Gilead Road and Huntersville-Concord Road intersection, the burying of overhead utility lines and placement of new pedestrian traffic control signals traffic signal mast arms. 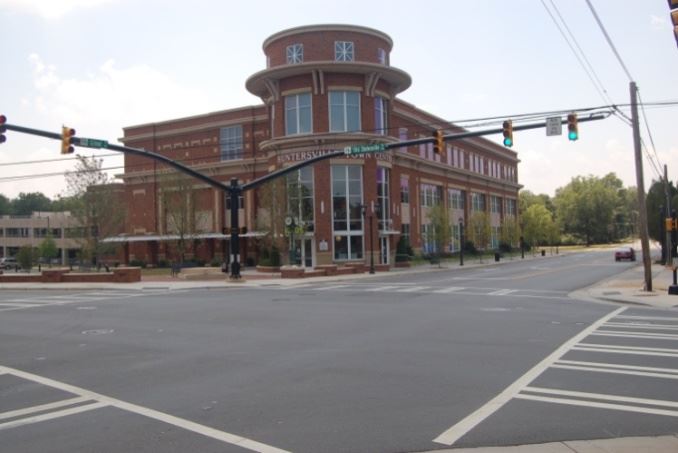 The Town Center project also calls for the construction of a similar multi-story building to be built by the private sector fronting on NC 115. Once completed, Town Center will serve as anchor for the anticipated redevelopment of the historic core of Downtown Huntersville.