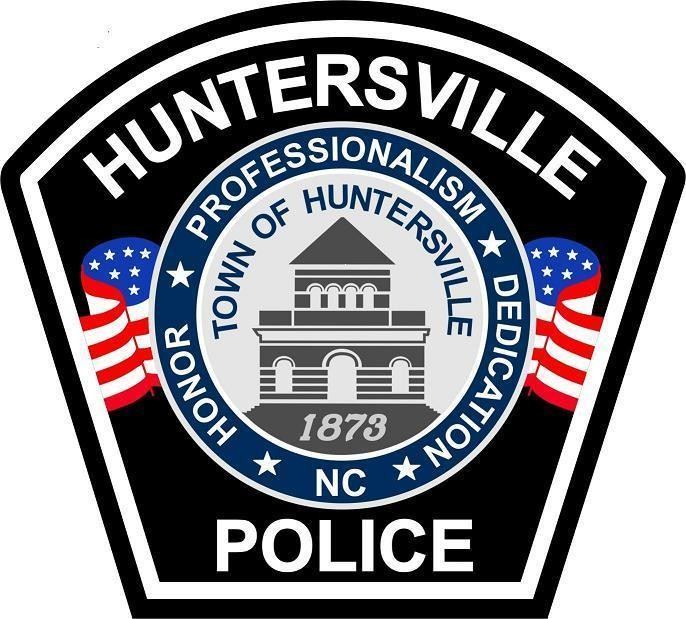 The Town of Huntersville was founded and incorporated in the year 1873. History tells us that it was around this time that the railroad tracks running through Huntersville were reconnected to run to Charlotte. Some time during the Civil War, the tracks had been torn up and used to make bullets for confederate soldiers. The reopening of the railway put Huntersville “back on track” to become the progressive, thriving Town it is today.

The Huntersville Police Department was first mentioned in historical documents in 1929. Today, the Department is a growing full service law enforcement agency with approximately eighty-three sworn officers. Huntersville is one of the fastest growing municipalities in the country with a current population of almost 52,000. Located 15 minutes north of Charlotte, North Carolina and adjacent to the popular Lake Norman and its 520 miles of shoreline make Huntersville a very desirable destination.

The Symbolism of Our Patch

The black background honors our colleagues who have made the ultimate sacrifice in service to their communities. Huntersville Police Chief John Albert Rape made this sacrifice while questioning a suspicious suspect on a burglary call during the early morning hours of January 1, 1938. His murder was never solved.

The white lettering represents the purity of our profession while the silver represents the well worn railroad tracks that were the backbone of historic Huntersville.

Three of the four stars represent our core values of Honor, Professionalism, and Dedication while the fourth star represents our personal accountability to live and work guided by these values.

The Huntersville Town Hall building depicted on the patch was completed in 1996 and the American flag banners are proudly displayed to honor our great country and are the enduring symbol of freedom and liberty.

Finally, the navy blue signifies the traditional color of municipal police and is symbolic of the “thin blue line.”