In 2030, Huntersville will have a variety of housing options with higher intensity residential development and redevelopment generally focused within two miles of the I-77/NC-115 corridor and lower intensity residential in the east and west areas of town and in mixed-use village nodes at important crossroads. Residential uses should be located in close proximity to commercial services and employment opportunities and be accessible by a connected street network offering auto, pedestrian, bicycle and mass-transit mobility options. 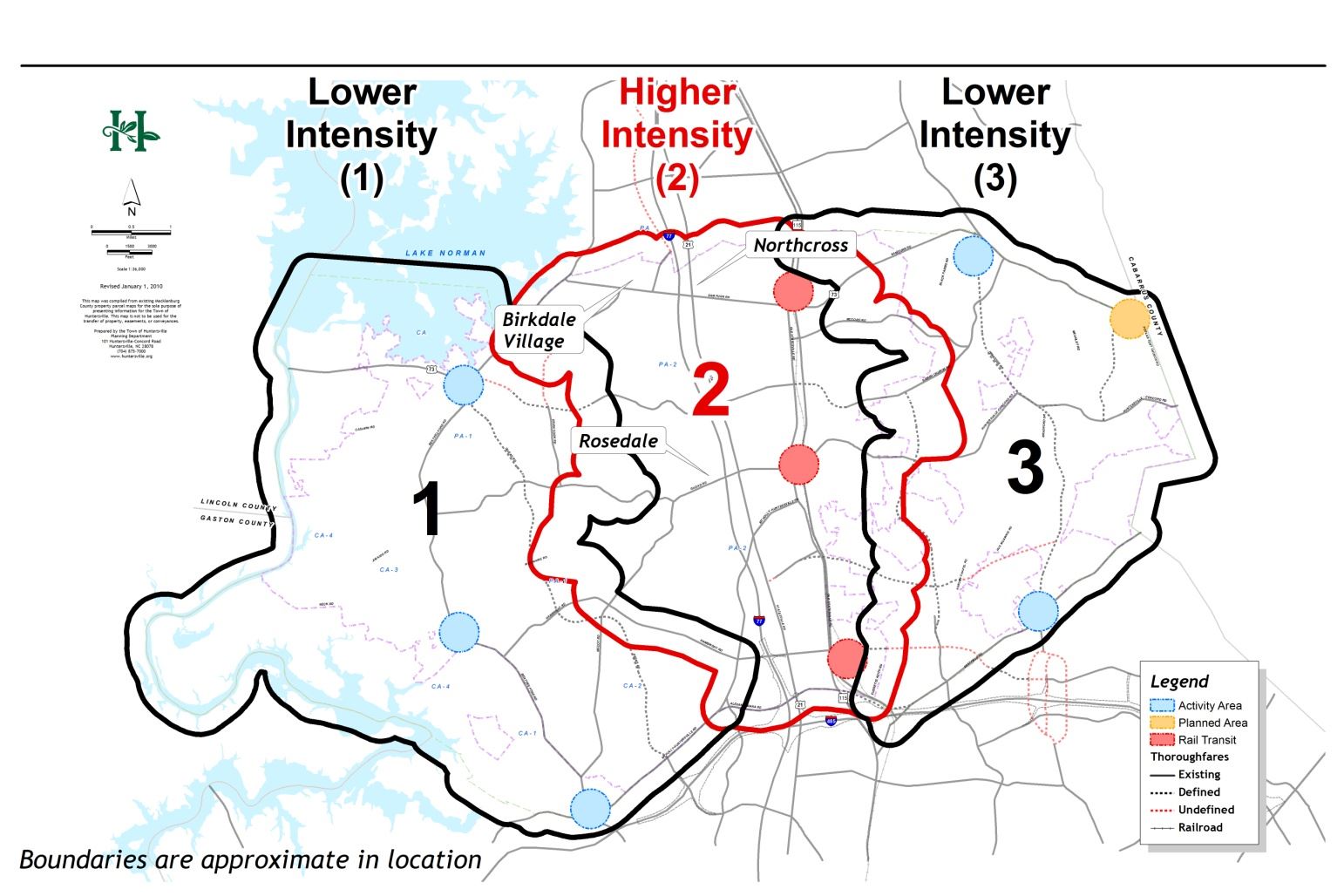